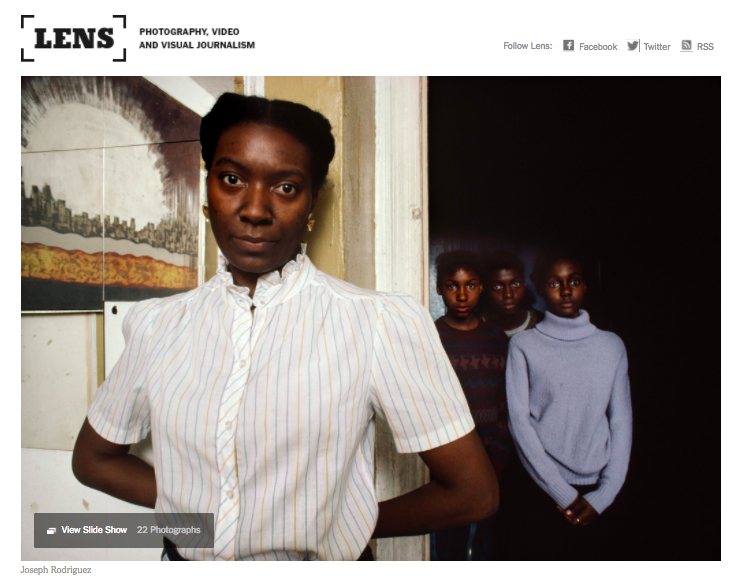 Books News
on The New York Times Lens Blog
joseph rodriguez
Dec 18, 2017
For Puerto Rican New Yorkers, El Barrio has been both haven and touchstone, a community that has welcomed and inspired generations. No matter where you lived in New York, sooner or later all roads led to 116th Street and Lexington Avenue, the commercial and cultural heart of East Harlem.
Joseph Rodriguez was no exception: Though born and raised in Brooklyn " with detours at Rikers and a life-changing encounter with photography " he, as a teenager, liked to hang out at his uncle's candy store and numbers spot where the streets were abuzz with music and life. Those early encounters led to a May 1990 National Geographic cover story and the most important project of his life after he spent the latter half of the 1980's photographing El Barrio's streets and residents in their homes and on the block.
Now, a revised version of that body of work will be on display at the Bronx Documentary Center, as well as in the new book, "Spanish Harlem: El Barrio in the '80s."
View article written by David González

Puerto Rico Lament is a longterm project by photographer Joseph RodrÃ­guez that documents the economic crisis of Puerto Rico and the population at risk.